Congratulations to the incomparable Micki Kaufman! Our three-time GC Digital Innovation grant winner, History Ph.D. Program student, and current Director of Information Systems at the Modern Language Association has won the prestigious Lisa Lena Opas-Hänninen Young Scholar Prize from the Association for Computers and the Humanities.

News of the award is here – http://ach.org/2015/06/03/lisa-lena-opas-hanninen-young-scholar-prize/ , which recognizes “a young scholar who has contributed in a significant way to scholarship at a humanities conference using digital technology. ” You can read more about the prize here – http://adho.org/awards/lisa-lena-opas-h%C3%A4nninen-young-scholar-prize

Micki won the award for “Everything on Paper Will Be Used Against Me: Quantifying Kissinger,” the project that has been supported by the GC’s Provost’s Digital Innovation Grant competition: 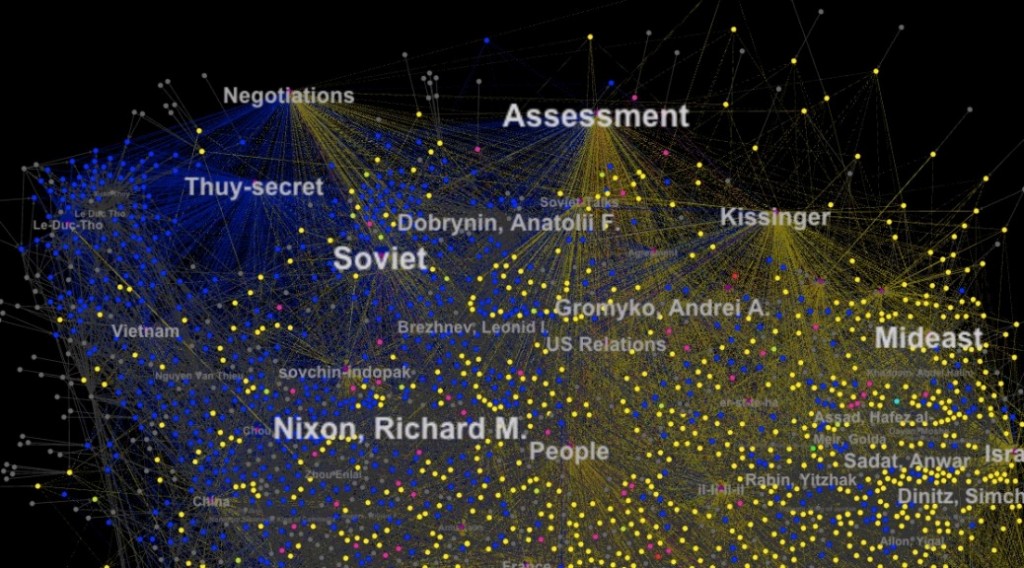