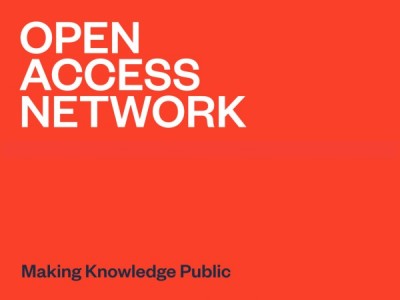 We started the Open Access Network to help disciplines in the humanities and social sciences transition to an open access environment because we believe in the humanities, we believe in the social sciences, and we believe in scholarly societies and the university presses that support the work of humanists and social scientists. They all matter. We also believe the research and scholarship these scholars produce have broad societal value and deserve a wide audience. That matters, too. Please join us for a conversation on a transformative solution for sustainable OA publishing and archiving.

About the speakers:
Rebecca Kennison, the K of K|N, is one of the two Principals at K|N Consultants. Prior to working full time at K|N, she was the founding director of the Center for Digital Research and Scholarship, a division of the Columbia University Libraries/Information Services, where for nearly 8 years she was responsible for developing programs to facilitate scholarly research and the communication of that research through technology solutions. Rebecca has worked primarily in the scholarly publishing industry, including production leadership roles at Cell Press, Blackwell Publishing (now Wiley-Blackwell), and the open-access publisher Public Library of Science (PLOS).
Lisa Norberg is a Principal at K|N Consultants, providing strategic and operational guidance via a range of consultation services to academic and research libraries, scholarly societies, and other organizations. She has over 20 years of experience in academic librarianship, having held positions at Barnard College, the University of North Carolina at Chapel Hill, Penn State Harrisburg, and George Mason University. She is an adjunct faculty member at Pratt Institute’s School of Information and Library Science, where she teaches a course on strategic leadership. She is interested in organizational transformation in academic libraries, the evolving role of librarians in teaching and learning, and the libraries’ role in an open-access scholarly information ecosystem.

Jessie Daniels is Professor of Public Health, Sociology and Critical Psychology at Hunter College and the Graduate Center. An internationally recognized expert on Internet manifestations of racism, she is the author of two books about race and various forms of media, White Lies (Routledge, 1997) and Cyber Racism (Rowman & Littlefield, 2009), as well as dozens of peer-reviewed articles in journals such as New Media & Society, Gender & Society, American Journal of Public Health, and Women’s Studies Quarterly.She directs JustPublics@365, a project whose goal is to connect academics, journalists and activists in ways that foster transformation on issues of social justice.
Ken Wissoker is the Editorial Director of Duke University Press, acquiring books in across the humanities, arts, and social sciences.  He’s especially known for lists in anthropology, cultural studies, race, post-colonial theory, feminism, queer theory, affect theory, science studies, popular music, and photography.  He joined the Press as an Acquisitions Editor in 1991; became Editor-in-Chief in 1997; and was named Editorial Director in 2005. This fall, in addition to his duties at the Press, he became Director of Intellectual Publics at The Graduate Center, CUNY.  He lectures and publishes widely on questions of interdisciplinarity and publishing.