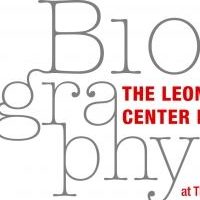 ON NEVER A LOVELY SO REAL: THE LIFE AND WORK OF NELSON ALGREN

IN CONVERSATION WITH RUSSELL BANKS

Asher’s critical biography reclaims Nelson Algren as a towering literary figure and finally unravels the enigma of his disappearance from American letters.

For a time, Nelson Algren was America’s most famous author, lauded by the likes of Richard Wright and Ernest Hemingway. Millions bought his books. Algren’s third novel, The Man with the Golden Arm, won the first National Book Award, and Frank Sinatra starred in the movie. But despite Algren’s talent, he abandoned fiction and fell into obscurity. The cause of his decline was never clear. Some said he drank his talent away; others cited writer’s block. The truth, hidden in the pages of his books, is far more complicated and tragic. Now, almost forty years after Algren’s death, Colin Asher finally captures the full, novelistic story of his life in a magisterial biography set against mid-twentieth-century American politics and culture.​

Colin Asher is an award-winning writer whose work has been featured in the Believer, the Los Angeles Review of Books, the Boston Globe, and the San Francisco Chronicle. An instructor at CUNY, he was a 2015/2016 Fellow at the Leon Levy Center for Biography.

Acclaimed author Russell Banks is best known for the award-winning novels Continental Drift, Rule of the Bone, Cloudsplitter, the Sweet Hereafter and Affliction.

ON THE IMPEACHERS: THE TRIAL OF ANDREW JOHNSON AND THE DREAM OF A JUST NATION,

IN CONVERSATION WITH HISTORIAN ERIC FONER

When Abraham Lincoln was assassinated and Vice-President Andrew Johnson became “the Accidental President,” it was a dangerous time in America. Congress was divided over how the Union should be reunited: when and how the secessionist South should regain full status, whether former Confederates should be punished, and when and whether black men should be given the vote. Devastated by war and resorting to violence, many white Southerners hoped to restore a pre-Civil War society, just without slavery, and the pugnacious Andrew Johnson, who was no Lincoln, seemed to share their goals. With the unchecked power of executive orders, Johnson ignored Congress, pardoned rebel leaders, promoted white supremacy, opposed civil rights, and called Reconstruction unnecessary. Congress had to stop the American president who acted like a king.

Eric Foner is DeWitt Clinton Professor Emeritus of History at Columbia University and the author of numerous books on American history, including Reconstruction: America’s Unfinished Revolution, 1863-1877, and “The Fiery Trial: Abraham Lincoln and American Slavery,” both winners of the Bancroft Prize.His latest book, The Second Founding: How the Civil War and Reconstruction Remade the Constitution, will appear this fall.